Its the 6th of January and entire christian orthodox Greece is celebrating “Theofania” or “Ta fota”.

In contrast with the western christianity, which celebrates the visit of the three Wise Men, Theofania in Greece celebrates the baptism of Jesus Christ in the river Jordan by John the Baptist.

The name “Theofania” means “the apperance of God” and as Greek Orthodox Christians believe in the triadicity of God through God, his son Jesus Christ and the Holy Spirit all three entitites appeared the day of Jesus’ baptism, making the one and only appearance of them together in the Bible; Jesus Christ, the Holy Spirit as a white pigeon and the voice of God, saying “This is my Son my beloved, the chosen one” (Οὗτός ἐστιν ὁ υἱός μου ὁ ἀγαπητός, ἐν ᾧ εὐδόκησα)

The Greeks and Cretans celebrate Theofania with children chanting theTheofania Carrols the day before from door to door. (click video above)

On the day, orthodox priests bless the waters and sea throwing a wooden cross the in the cold winter waters of January in lakes, ports and marinas all over Greece. Brave men and women dive in for a chance to catch and retrieve the cross as it’s considered a great honor and blessing for them and their family.

Greek orthodox families also get their houses blessed for the new year.

It is a time for sanctification, purification of the people and protection against the influence of demons, as well as the mischief-prone kalikántzaroi, the goblins that try to torment God-fearing Christians through the festive Christmas season.

The “apolitikio”- a short story version of the event read by orthodox priests as a psalm announcing the celebration- of Theofania reads;
“When Thou, O Lord, wast baptized in the Jordan, worship of the Trinity wast made manifest; for the voice of the Father bore witness to Thee, calling Thee His beloved Son. And the Spirit in the form of a dove confirmed the truth of His word. O Christ our God, Who hath appeared and enlightened the world, glory to Thee.” 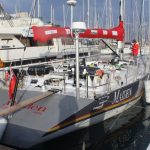 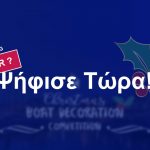